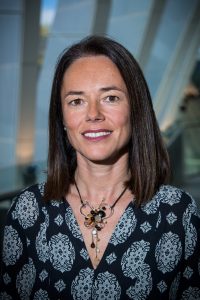 Department of Pathogens and Immunity, ANU
Carola Vinuesa was born in Spain and obtained a medical degree at the University Autonoma of Madrid. She undertook specialist clinical training in the UK and in 2000 was awarded a PhD by the University of Birmingham. A year later she was the recipient of a Wellcome Trust International Travelling prize Fellowship to do postdoctoral work at The John Curtin School for Medical Research in The Australian National University. Her work led to the discovery of genes important for immune regulation and memory and the identification of a novel pathway of posttranscriptional control of gene expression to prevent autoimmunity. Since 2006 she has been leading the Humoral Immunity and Autoimmunity Group at ANU supported by a Viertel Senior Medical Research Fellowship. Her group identified a critical role for follicular helper T (Tfh) cells in autoantibody-mediated autoimmune diseases and contributed to the characterization of this subset and elucidation of their transcriptional regulation. She is currently investigating the mechanisms that regulate Tfh cells and germinal center selection. In 2008 she was awarded the Science Minister’s Prize for Life Scientist of the year and in 2009 the Gottschalk Medal of the Australian Academy of Sciences. She is currently Professor of Immunology at the Australian National University and Head of the Pathogens and Immunity Department.