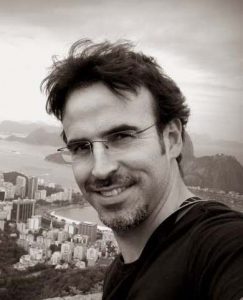 CSIRO Agriculture and Food
Dr Jose Maria Barrero is studying the molecular mechanisms controlling seed dormancy using the model plants Arabidopsis and barley. Understanding seed dormancy is important as low dormancy of commercial wheat varieties is a key factor contributing to pre-harvest sprouting in wheat, a major problem in agriculture. With his research, Dr Barrero and his team aim to reduce pre-harvest sprouting in wheat.
Background: Dr Barrero completed his Doctorate in the Miguel Hernandez University, Spain, where he worked in leaf development and salt-resistance using the model plant Arabidopsis. He came to Australia in 2006 to join the CSIRO seed dormancy group lead by Dr Frank Gubler as a Postdoctoral fellow. He became Team Leader in 2015.
Academic qualifications: Dr Barrero was awarded a Bachelor in Environmental and Marine Biology from the University of Alicante, Spain in 2000. In 2005, he obtained his Doctor of Philosophy in Plant Genetics from the Miguel Hernandez University.